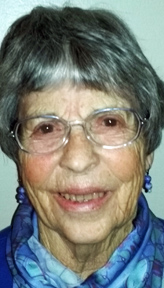 “Music was always a part of my life from my earliest memories.”

Years ago, I guess it was 1999, there was a small article in the Press Democrat that said there was this band starting up and if you were interested to go to the Veterans Memorial.  Lew was there and about 12 or 14 people showed up, and that’s where it all started.

I grew up in Red Bluff, California.   I played music from the get-go. We always had a piano in my house and my Mom taught me. She was a harpist. She would rather have been a professional harpist than a farm wife, but back in the day, you didn’t have any opportunities. But she took lessons from a noted harpist in San Francisco. So we always had the harp and I always loved hearing her play. We always had a piano. So music was always just a part of my life.

I can’t remember when I didn’t play the piano. Maybe I was 3 or 4 of 5. Then as it went along I took piano lessons from the Sisters at the convent in Red Bluff and I got better, and then my mother contacted this very good piano player in Red Bluff named Emmett Pendleton. So I took lessons from him maybe from seventh or eighth grade and he was the premier teacher there. Then when I was fourteen I gave a piano recital.

I’ve always been around music. My brother played the trombone in high school; I played the clarinet. My younger sister came along and she played the piano, then she played the oboe in high school. My mother’s family was very, very musical. They played cellos and violins and euphoniums. My mother and her sisters used to play for dances in the teens. It was just a musical family. Mostly I listened to classical music. My mother and her sister would play and they would play operas and Dvorak.

I didn’t own a clarinet and I happened to go to the Sebastopol Flea Market looking for some items stolen from my aunt’s house that was vacant and I came across a clarinet for $13. It was missing the barrel. So I bought it. It sat around for quite a long time and then I knew about the Healdsburg Band, but I didn’t want to drive to Healdsburg, so I just put the clarinet aside. But then when I heard about the New Horizons Band starting up, I took it to Stanroy’s and got a new barrel put on, so I played the clarinet for the first few years in New Horizons.

I enjoy the mental stimulation of the Band.

New Horizons kept getting bigger and bigger and we had quite a few clarinets. So I thought, “I need a new challenge in my life.” I think I was seventy at the time so I thought I’d like to play the oboe. I checked with Bob (last name?) and he had been a colleague of mine at Santa Rosa City Schools and he was one of our conductors. He put me in touch with an oboe teacher, Daniel Celidore, who lives in the area so I rented an oboe and played it and took lessons for five or six years.

I have a guitar. I used to play pretty good folk guitar back in the Sixties.

I play in Scherzo Wind Quintet and that is great fun. That is good mental stimulus, also.

I went to college in San Jose, so I lived there for a couple of years. Then I got married and had my son John and moved back to Red Bluff and my mom, bless her heart, took care of my son while I finished college at Chico State. Then we moved to Reno, Nevada and then Carson City, and I taught school in both places and lived there for 13 years.

Then my husband and I split, and my Aunt Amy who lived here in Sebastopol introduced me to Bill McKenzie. She was a matchmaker. And we clicked, so we got married in 1973 and I moved back to Sonoma County, where I’ve been ever since.

The high point of my life was hiking the Pacific Crest Trail. When I retired from teaching in 1993 there was a blurb in the Sierra Club magazine about hiking the Trail, starting on the Mexican border. And I had wanted to do that for a long time. So at age 60 I started that and it took seven years. And I did get all the way to Canada.

I have two biological sons, John who lives in southern Washington, and my younger son, a teacher at Sonoma Valley High School, who lives in Sebastopol. Each of them has one child. My grandson Sean graduated from Cal State Northridge. As we speak he is on a missionary trip in Bangladesh.

I had some childhood heroines and one was an Olympic ice skater. I always had this thing about sports and wanting to be an ice skater, but I never did. But when I moved to Nevada I took up skiing in a big way. I ended up being a ski instructor with the Carson City Recreation Department. I’ve always been athletic.

My first job was when I was in college at Shasta College. I worked in a music store. I had quite a bit of knowledge about music, and people would flock in to buy records from me. After college I taught kindergarten and then I taught third and fourth grade, too. When I moved back to Sonoma County I subbed for a year and then got a job with Santa Rosa City Schools.

Outside Band, I am politically involved. I belong to the Democratic Club in Santa Rosa. I used to be active in the Sierra Club.

When my two grandchildren were younger and my granddaughter played the flute and my grandson played the bassoon, we would play trios for the family at Thanksgiving. That’s about it.